feminisation in the workplace

Feminisation means the process of becoming feminized; the belief that men and women should have equal rights and opportunities.

Across the rich world more women are working than ever before. Coping with this change will be one of the great challenges of the coming decades. The economic empowerment of women across the world is one of the most remarkable revolutions of the past 50 years. It's remarkable because of how much its changed. Millions of people who were once dependent on men have taken control of their own economic fates. It is remarkable also because it has produced so little friction. A change that affects the most intimate aspects of people's identities has been widely welcomed by men as well as women. 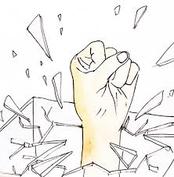 The Glass Ceiling:
The glass ceiling is the invisible barrier between man and women's ability to achieve greater success and getting higher rankings. It also refers to the ridiculous pay gap between men and women. Feminists say that in the 1960's-70's when women were allowed to work, the male jobs took longer to open up to women. Women are generally not seen as the bread winners, but as the times change they seem to becoming out on top more often. The glass ceiling still exists due to more women being motivated by cause or purpose, while men are motivated by rank or status. Women work in more non-for-profit organisations. Women are doing a variety jobs such as electricians, teachers, CEO's of companies, cleaners, mechanics, housekeeper, dentists, doctors, nurses, receptions, bookkeepers, and bus drivers. Women get paid a higher income when compared to men doing the exact same jobs.  The glass ceiling still exists also because of the pay gap that is put forth because people believe men are the bread winners therefore making them the ones to get the higher pay also women get pregnant and go on paid leave so the smaller pay compensates for that.
Many women say the glass ceiling still exists in business. This is because the struggle for senior roles is more than real. Work patterns have only changed ever so slightly, meaning  that women can do men's jobs but the struggle for them to go higher in the business industry is still there - just as it was many years ago.

Another job which women aren't accepted to do is be a mechanic. The rights men and women share a definitely not equal. For example; If a boss of an auto repair shop receive two resumes, one from a woman and one from a man, with the equal recommendations the boss would pick the man just because of his gender.

In the Middle East there are more women than men in universities. Middle eastern women are seen as second class citizens, but  there is still an existing problem; women cannot find / get into jobs. Even with these great qualifications, they are still not making it into workplaces.